Perseverance #1 is an exploration well, located in the far-southern waters of The Bahamas, with drilling on track to begin in December 2020. In gaining its Environmental Authorisation, BPC adhered to all applicable Bahamian laws, guidelines, international standards and best practices as demanded by the legislation.

In the event of success,  Perseverance #1 has the potential to be economically transformative for the nation of The Bahamas, and could ultimately contribute billions of dollars in royalty revenues to the national treasury.

The well site is located in the far-southern waters of The Bahamas, in an international shipping thoroughfare which already hosts considerable daily shipping traffic, including numerous oil tankers. The well site is more than 90 miles from the nearest inhabited Bahamian island (Andros), and approximately 270 miles from Nassau. The well site is not in a marine protected area, and is remote from regular Bahamian fishing and tourism industries.

Find out more from our Fact Sheet.

Roberta Quant answers some of the common queries we receive from Bahamians and other stakeholders. Read more.

A message from Roberta Quant:

“The Bahamas is my home, and so I am 100% committed to ensuring that everything has been done correctly to identify, assess and mitigate risk thoroughly and correctly by ensuring that global best practices are applied…As to the exploration well BPC is proposing to drill in December 2020 and January 2021, called “Perseverance #1″, it is important to be clear on some basic facts…” Read more. 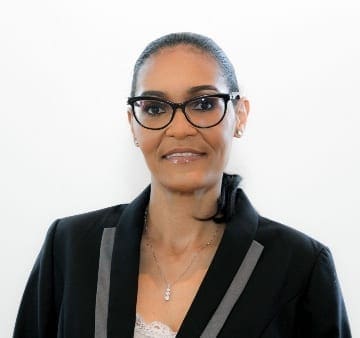 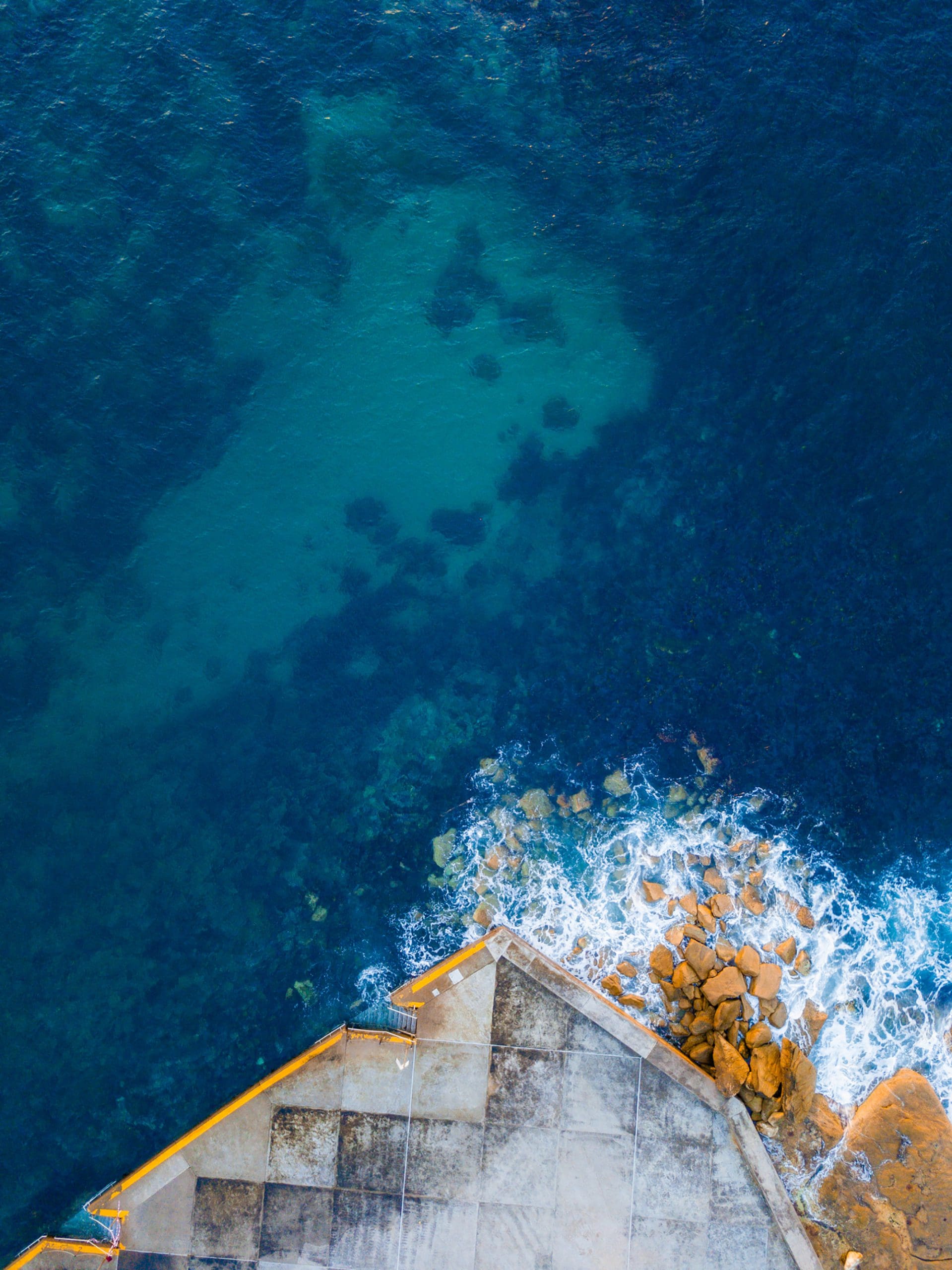 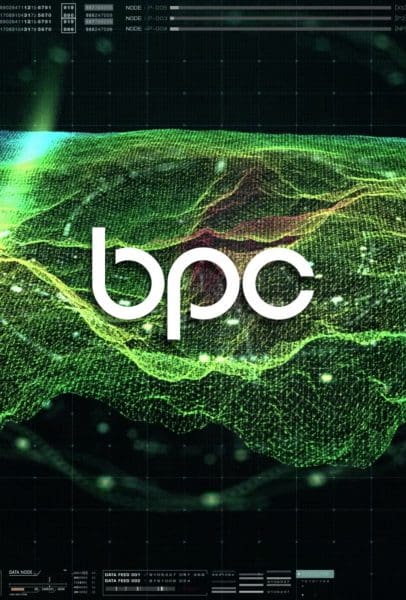 Watch the latest video on our upcoming drill 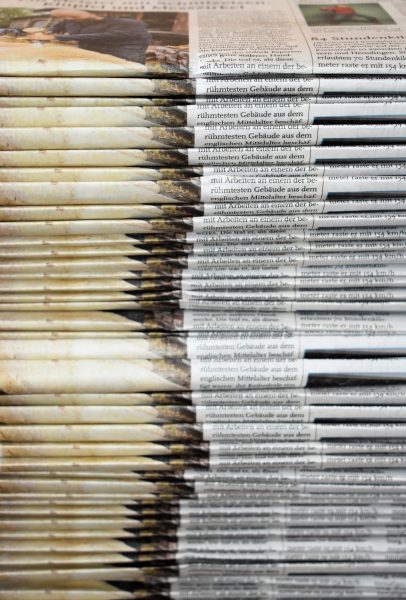 View the Presentation on Perseverance #1

In July 2016 the government of The Bahamas promulgated new regulations in respect of offshore petroleum operations and specifically the Petroleum (Offshore Environmental Protection and Pollution Control) Regulations 2016. Within this legislation Regulation 3 required application for an Environmental Authorisation (“EA”) for approval by, the Bahamas Minister of Environment (the “Minister”).

Following a considerable body of work, engagement and consultation both before and further to submission for an EA by the Company initially in April 2018, in February 2020 the Minister, upon notice of a “no objection” from the Bahamas Environment Science & Technology Commission (the “BEST Commission), granted the requisite EA approval to the Company for the proposed activities associated with the drilling of the Perseverance #1 well.

This grant of the EA confirms that the potential impacts associated with the Company’s intended drilling activities in The Bahamas have been adequately and appropriately noted and suitably addressed by the proposed mitigation measures outlined in the EA and were in accordance with all laws and regulations applicable in The Bahamas, as well as applicable performance measures or guidelines established by international bodies, standards, conventions, treaties and maritime laws.

In 2012, the Company submitted an Environmental Impact Assessment (“EIA”) to the Ministry, and which EIA was reviewed by the BEST Commission for the Ministry, and subsequently accepted at the time. The EIA was prepared in accordance with national and international industry best practices, and identified and addressed matters relevant to the proposed activities of the Company in its licence areas. Since 2012, the EIA has been a public document, open to public scrutiny and comment.
On 26 April 2018, the Company formally submitted its new EA application to the Ministry and for review and consideration by the BEST, reflecting the updated and modernised legislative requirements. The EA included an updated EIA and an Environmental Management Plan (the “EMP”), which specifically addressed matters relevant to a detailed description of the Company’s proposed well activities, with comprehensive information associated with incident emergency response plans, management processes and systems, Environmental Sensitivity and Index Maps, and specification of on-board safety procedures relating to the proposed rig model capable of conducting drilling consistent with the licence requirements. In addition to compliance with all local Bahamian laws and regulations, the EA followed the guidelines and established performance standards of the International Association of Drilling Contractors (IADC), International Finance Corporation (IFC), World Bank Group EH&S Guidelines – Offshore Oil and Gas Development, and International Association of Oil and Gas Producers (OGP).

In parallel, through the Ministry and the BEST Commission, the Company consulted with a wide range of relevant Bahamian Government departments and agencies, so as to inform them of the proposed well, and the hazard and risk management and contingency planning that has been put in place by the Company (as agreed with the Ministry and reflected in the EIA and EMP).

It is based upon this considerable body of work, engagement and consultation, the Minister granted the Company the right to undertake the proposed activities associated with the drilling of the Perseverance #1 well at the specific location set out in the EA submission.

Over and above regulations specific to offshore petroleum operations, given the drilling rig is a maritime operation, in addition the Company has to comply with three international treaties that relate to maritime traffic, vessel collision prevention and environmental protection being: COLREGs (1972), SOLAS (1974) and MARPOL (1973/1978). This is consistent with all key original work included within the EA application.

In the case of any tangible or credible threat to the environment, BPC initiated data collection and production of maps that could guide and inform anyone to those sensitive areas that require immediate protection. The extensive mapping exercise encompassed the entire western oceans and coastlines of The Bahamas for critical habitats, usage, natural communities and wildlife occurrences which allowed the identification of sensitive receptors that exist in the area. With this information a further set of maps were created – environmental sensitivity index maps – which classifies in great detail individual coastlines and combines information on species distribution, ecosystem ecology, oceanography and resource use.
All of the maps were created with the help of local islanders, scientific experts, local fishermen, government agencies, local environmental non-governmental organizations, local research organizations and even real estate agencies. Collated, the information included their local data highlighting critical and natural wildlife communities, their activities and habitats including such important habitats as turtle nesting beaches, blue holes, important birding areas, coral reefs, sea grass beds and wetlands. The process to create the Environmental Sensitivity and Index Maps took a number of years to complete and will serve as a foundation for any management plans for the safeguarding of the environment for present and future generations. 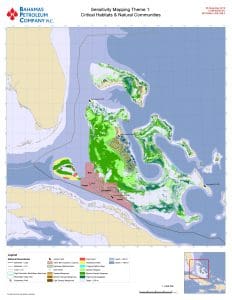 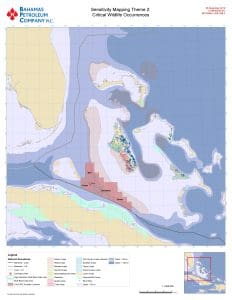 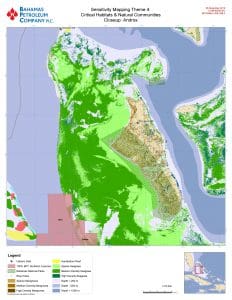 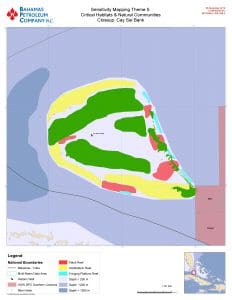 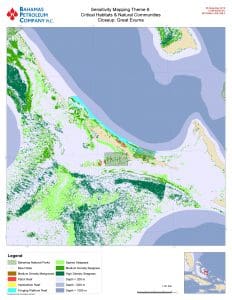 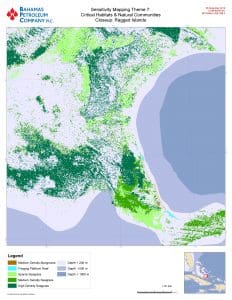 An Environmental Management Plan is a site specific plan outlining agreed performance criteria and all measures that are necessary in order to minimise and mitigate potential impacts to the environment while complying with all aspects of environmental legislation. It defines respective roles and responsibilities and identifies appropriate emergency preparedness and responses. The EMP serves as a measuring tool for the government to assess the environmental performance of the project.

An Environmental Impact Assessment is a systematic process to identify the baseline conditions in a project and surrounding area before it commences, predicts and evaluates the potential environmental impacts, whether positive or negative, of the proposed...

A survey to determine the environmental baseline conditions (biological, chemical, physical) at the proposed drilling location by providing measures of the environment against which any effects from future operations may be compared.

A site specific plan outlining agreed performance criteria and all measures that are necessary in order to minimise and mitigate potential impacts to the environment while complying with all aspects of environmental legislation.